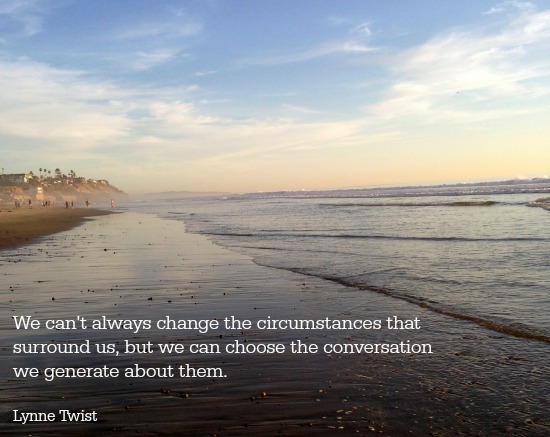 I continue to cross paths with people who have been touched by suicide and the common denominator in all these encounters seems to be the unfortunate feeling of isolation, because no one in the family talks about it. The event is relegated to the “unmentionable topics” closet that all families, and cultures, seem to have, and left to fester in the dark shadows of fear.

It is a place where, not too many years ago, things like cancer, homosexuality, AIDS and infidelity all resided. The door was sealed shut with the crazy glue of shame and humiliation.

Last week, I met a woman who had recently found out that her grandfather had died by suicide. As a child, she was told he’d had a heart attack, and she believed it so vehemently that when her sister made the assertion it was suicide, she stopped speaking to her. The sister tried to make contact, but this impasse lasted twenty years. The woman expressed her immense sadness because of the collateral damage of this secret.

She lamented the fact that the family is in shambles because no one had the courage to have a conversation about the truth of her grandfather’s death.

I suppose it isn’t surprising, given that our culture isn’t taught to engage in a conversation, or tolerate the pain of discussing difficult matters. We are taught how to speak words. We are taught how to think in certain ways, for instance, “If you can’t say anything nice, don’t say anything at all.” Sadly, we have never really been given the tools to have an open-hearted conversation.

Of all the species, we have this marvelous ability to feel emotions, speak them into being and offer them as a way of connecting with another human, but we simply don’t do it. Why is that?

To me, conversation is the ultimate form of exploration, a mystical container of the unknown. In the old days, explorers would set sail for the other side of the world seeking knowledge with absolutely no idea of what they would find. Their trips were fraught with uncertainty and danger, and there were no guarantees that anyone would learn anything, much less return.

It was the quest for knowledge that pushed them out over the perceived edge of the ocean, and just look at all the wonders they discovered that were previously unknown.

In today’s world, where we seem to think we have it all figured out, heart-felt conversation is one of the last sacred vessels that contain the deep mysteries about ourselves and humanity. It is the grand loom where threads of compassion are woven together for the betterment of society.

One of the best things I have discovered for becoming comfortable with difficult subjects has been to explore my own discomfort first. By following the trail of why and where I falter, I began to understand the elements that made me shrink and I was better equipped to open up to honest conversation.

I remember sitting in my closet one night a few weeks after the suicide with a pad of paper and pen, mind mapping all of my conflicting feelings as tears streamed down my face and dripped onto the paper. Over and over, I screamed my rage about how much I hated this and why did this happen to me. The fear was unbearable, but I kept scribbling my way through the pain.

One thing that came up again and again as I tried to articulate what I was afraid of was this: people will know. And that thought was then met with the question, Know what? What are you afraid they will know?

From that tumbled a landslide of all the things I feared people would find out about me, which boiled down to me being imperfect and flawed. In reality, these were things I needed to find out, and accept, about myself.

And once I embraced this fact, it freed me to enter conversations from an entirely different vantage point. I became fearlessly uninhibited.

It is a practice I highly recommend.

I would argue that the conversation you fear the most is the one you should pursue. Ask yourself why you fear it and pursue that answer to its lair. There is buried treasure there that just might heal the wound in your heart, and the painful legacy imprisoning your family.

May you always be loved and find yourself basking in the sacred magic of honest conversation.

← A Healing Poem: Heart on the Mend
Healing Trauma and Restoring Balance After Chaos →