Speak Your Truth: All Your Cells Are Listening

A few months ago, my therapist said something that stuck with me. I was recounting a coffee date I’d had with a nice guy, but someone I intuitively knew I had no connection with from the moment we met.

Two things happened. First, as the date came to a close, he asked me if I’d like to go out again, and instead of just saying the truth, which was something along the lines of “I’m not feeling it,”  I said yes.

Second, when he called to ask me out for that date, instead of saying the truth (again), I sidled around it with a long-winded story that went something like this: “I have been thinking about it and I am really not ready to date because I have so much going on with my kids and trying to write.”

In my defense, it was true. It had plausibility. But it wasn’t the real truth, which would have been better to share. And simple though it was, I still couldn’t get it to pass my lips.

When I laid this out for my therapist, she frowned. I hate it when she frowns because it makes me feel like I’ve disappointed her, even though I know this isn’t what she intends. “Here is the problem,” she said, “All your cells are listening. Although you say you want to date, you are sending a message to the universe that you do not.” 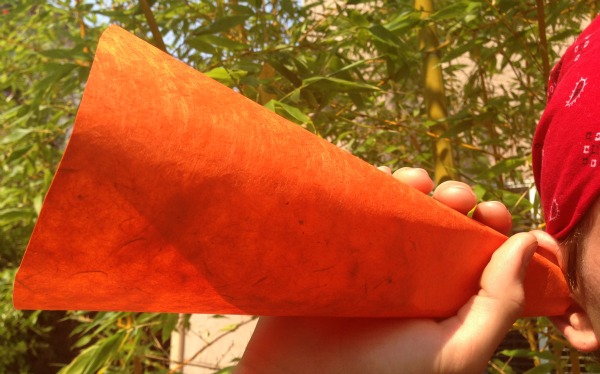 Oh boy. I have hexed myself.

“Wouldn’t it have been better to be honest and to say that you think he is a great guy but you don’t feel a connection?” she concluded.

Yes, of course it would. Everything sounds so obvious and effortless when comfortably stationed on her couch.

Apparently my dip into untruthfulness creates the unfortunate condition of being out of alignment, where my inside doesn’t match the outside, and then my cells vibrate accordingly.

On the one hand, it is exciting to think that there are a bazillion microscopic entities actually listening to what I say and intently following my directions. On the other, it’s scary to contemplate that I might wield that much power in the co-creation of my life and circumstances.

I ponder some of the people I know and the things I hear them say: “I have really bad luck,” or “I always get sick,” or “I am a failure in relationships,” and,  as if on cue, their lives play out in exactly this way.

Since then, I have been experimenting with my own honesty project to see where I am creating misaligned energetic messages. I find that I tend to err on the side of saying things that won’t hurt the other person’s feelings. I think my struggle stems from growing up under strict orders to be a “nice girl,” to stop asking so many questions, and for god’s sake, order the cheapest thing on the menu.

I took these directions rather seriously and, like butter on toast, they melted into every nook and cranny of my being. Along the way, I lost the ability to just feel into what I really wanted and express how I really felt.

Now I am making an effort to feel my truth and speak it. Some things are more difficult than others, but it’s becoming easier. It is a practice, like most things seem to be in the conscious life arena.

I have decided that if all my cells are listening, I might as well give them something worthy to respond to.

What about you, dear one? Are you sending your cells conflicting messages and creating a fuzzy field of possibility for yourself?

I would love to hear about it so I don’t feel like the only partial-truth teller.

← Paying Homage To Gorgeous Poetry: Other Worlds Await You
EFT & Healing In The Aftermath Of Suicide Loss →

5 comments for “Speak Your Truth: All Your Cells Are Listening”