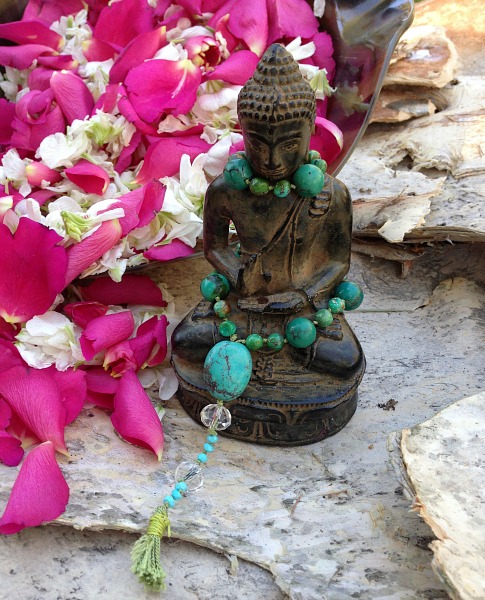 My mother was famous for saying, “This is the way I am. I can’t change.” And, by dint of osmosis and observation, I too believed that I was the way I was and couldn’t change. It’s a rather dangerous and dead-end way to conduct a life and I am living proof of the tragic way an unconscious existence can end up.

“I can’t change” seems to be the prevailing train of thought that runs through our culture, and like mindless hamsters on a wheel, we never realize that we can actually jump off. In addition, and unlike a hamster, we can also unlatch the cage door and skip off merrily through the meadow if we want to.

But we don’t. We cling mightily to the comfortably uncomfortable belief that this is the way it is.

Next to the practice of being grounded, I think awareness is one of the most powerful tools one can invite into their healing eco-system. It is available to us at any moment, free, easy to do (after a while) and life changing.

But what exactly is awareness and how does one figure out that they aren’t aware in the first place?

I will admit it is tricky, and I am by no means an awareness guru. In the beginning it can be akin to removing the sticky plastic tape they gratuitously affix to everything we purchase these days. Beliefs are sometimes like that, hard to see and even harder to remove. And until we get beyond the sticky cellophane beliefs that hold us in place, awareness will continue to be elusive.

I clearly remember someone telling me years ago that life was not the way I thought it was and that I could behave differently if I wanted too. I looked at them indignantly with a wry smile that said, “You are ridiculous.” This was an idea I was not quite ready to entertain because I was convinced, like my mother, that what I saw in the mirror was –  well – all there was.

But that little comment began to work its way inward and loosen the armor I had soldered to my soul and I started to notice the way I experienced the world. I think this is one of the keys on the path to awareness: become a finely tuned noticing human being.

I wrote about this in another post, but it illustrates the process of making different choices, so I will re-cap it here. When my children were very young and I had to start disciplining them, I noticed I had a tendency to yell, out of the blue and irrationally. Normally a patient and kind mother, it was contrary to the kind of parent I wanted to be. Troubled, I went to the pediatrician and she pointed out that I had learned my parenting skills years earlier as a child, and now was the time to dust off the ones that suited me and throw away the rest.

The most poignant point she made was to think about the kind of children I wanted to raise and then behave in alignment with that intention.

So I just began to notice. And in those moments when I felt compelled to yell, I suspended myself in the moment and spent some time in that space, asking myself what was really going on. Would yelling really take me closer to my desire?

I found a lot of unwanted crap in that space. And that crap was driving my life.

In the healing realms, the power of awareness is not some spiritual woo-woo notion. Awareness supercharges your efforts with high-octane momentum that will catapult you like a rocket right into the deep knowing that exists within your heart.

Simply put, awareness gives us the power of choosing how we want to engage with life.

What are the ways you invite awareness in?

As always, sending you love and healing energy.

← Walking Meditation: Inviting the Divine Spirit via the Labyrinth
Repurposing Jewelry That Contains Painful Energy from the Past →