Effects of Antidepressants: A Personal Account of the Grim Underbelly

“Depression is not a single emotion, but a constellation of emotions, postures, decisions and health issues that erect what I call the brilliant stop sign of the soul.” –Karla McClaren

I wrote about my choice not to take antidepressants long term. I used them briefly as a life raft to float through the move out of our family home, a particularly grim time. When my doctor first suggested them, I resisted, terrified that they would somehow alter me or cloud my mind. I can’t explain why my fear of the drugs superseded the need to escape the mental circus in my head, but it did. I fiercely felt I needed all my faculties to face this complex situation.

In fact, what they did for me was completely dull everything. I became a flat line version of myself, devoid of any emotion for a couple of months. It allowed me to cope. No, what it did was push a hold button on the emotions and when I stopped taking them, reality and my emotions were still there waiting for me. Re-entry into myself felt like I had been run over by a train. Then came the stop sign of the soul, where I collapsed into the bathtub and the pool of despair.

My friend Suzani wrote this beautiful account of her battle with antidepressants:

“I sat on the edge of my bed again last night and took the tiny pill into my mouth. This time, however, I didn’t swallow it whole. I bit it in half, holding vague hope that this effort would be yet another step in the direction to once and forever release myself from its tenacious and evil grip. 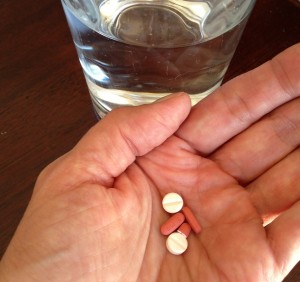 It’s been nearly 17 years since I foolheartedly bought into the lies of an anti-depressant sales pitch. My doctor believed me when I looked into her eyes and told her my story, a story that unleashed a waterfall of tears, refusing to stop. My tears were a way to create space back then, during a time when my breath was so shallow I wasn’t sure if I was actually “here”. I always felt I was floating above or beside myself, detached from my body. Fact is, I didn’t want to be here, drowning in the unbearable pain and confusion. Were it not for my small children, I’m not sure what would have become of me.

The storm that raged back then blew in the death of my brother and his wife. It blew in worry about the 3 small children they left behind. It blew in a business bankruptcy. This storm blew in losses so deep I fell into a vortex of despair.

When our family dog died on top of it all, my four and half year old son looked at me with very sad eyes and said, “Mommy, May is not a very good month.”

I found Prozac to be quite helpful. It unplugged me enough from reality so I could perform daily functions. I believe I took the drug on as a “partner” in my survival at the time. I remember trying to remain conscious in this way, which seemed the wisest choice I could make.

As it turned out, Prozac had a side effect of numbing me and numb was a pretty good place for grief and despair. However, when my sexual response became numb it was time to get back to the doctor. 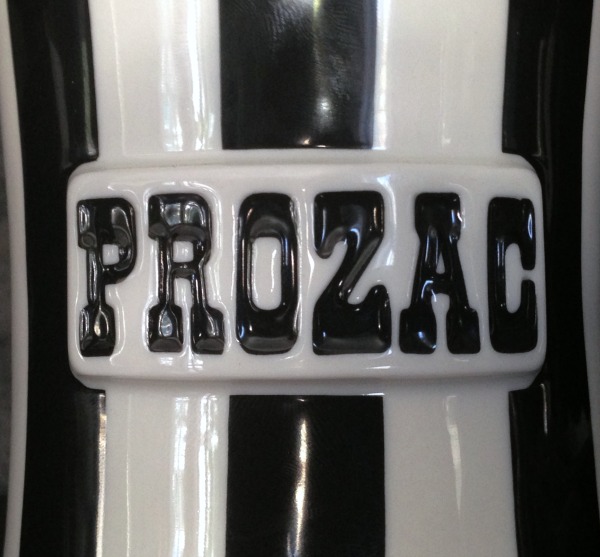 No problem! We just switched drugs and I was introduced to another secret weapon called Effexor. This is where things got a lot more complicated. I fell into a groove with Effexor and time rolled on. Actually years and years and years went by. Eventually, life started to figure itself out and children became less dependent. I became expert in all things yoga and thought I was sitting OK in my spirit.

The tears had all dried and I was certainly stronger now. Surely it was time to break up with my meds.

The drugs had another agenda in mind.

So began a crazy wrestling match between Mommy’s little helper, the doctor and me.

Every time I attempted to change my dose, I was reminded how “bad” my depression had been. I was becoming convinced it ran in my family and I was one of the unlucky ones who just couldn’t manage to “do” life. As my energy drained and my bodily symptoms worsened, I became more and more hopeless of ever finding a way out of the drug maze.

Every year for five years, I walked up to the door and tried to kick it down, and every year I failed.

Then, one day, while accompanying a friend to a natural healing seminar, I heard what I needed to hear. Perhaps it wasn’t depression I was experiencing, and my failed attempts at quitting were not due to lack of willingness or willpower.

Maybe I was simply strung out on a drug.

I immediately began to develop an approach to kick my habit. I found a new doctor and together we designed a plan to step down gradually. I also sought the help of others online who told absolute horror stories as well as amazing stories of how they learned to unhitch the wagon. More than a few people described the experience as intensely painful.

It’s been a year now and I have managed to decrease my dose from 75mg to 37.5 mg. My last request from the doctor was to get a pill I could break. For the last few months I have been biting that pill in half.

Today I feel a lessening of its mighty grip and yet I know it would be foolish to try and outsmart this monkey. I trust I will know when the final break up comes.

The door will not have to be kicked down. It will open and I will walk through, free at last.”

Thank you for sharing your journey, Suzani.

Have you wrestled with antidepressants? Have you found a better way to “do life”?

← Coping with Loss: A Reinterpretation of Father’s Day
Forgiveness And Suicide Loss With Ana Holub →

8 comments for “Effects of Antidepressants: A Personal Account of the Grim Underbelly”