The Importance of Wayfinding After Losing a Loved One 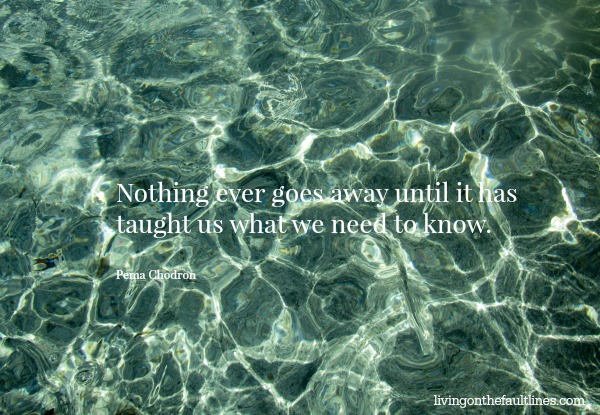 I have mentioned I am working on a book and as I get deeper into the process of editing and writing, and more writing then editing, I continue to be intrigued by how much one can learn about themselves when putting pen to paper. I still have many pages to journey through before arriving at the threshold of a published book, but I thought it would be fun to share a still-in-process excerpt here from the first chapter.

“During my first year of being a widow and single parent, I had frequent and vivid dreams of being tossed from a small dinghy at sea in the most violent of storms, which was hardly surprising under the circumstances. The waves were surreal and mountainous, and I was like a rag doll, helplessly tossed from one to the other. When the dreams first started, there was never any trace of the shore and I would awaken breathless and shaken.

After a couple of years, the dreams shifted and the waves grew smaller and less violent. Eventually, the shore began to appear on the horizon and four years on, although I clearly recall the sense of helplessness and fear, I cannot remember the last time I had this dream.

I adore the ocean, but have always had an irrational fear of falling into the depths. It’s never happened, but somewhere along the way this fear planted itself in my psyche, and perhaps because I have never taken the time to learn the laws or lore of the sea, it holds me captive to a certain degree.

In stark contrast, Polynesian navigators have successfully traveled thousands of miles of ocean waters using only their intuition and senses. They treat the ocean as an entity to be respected and known, and set about learning the migration of animals, the motion of the stars overhead, as well as the weather and seasonal patterns that affect the currents. Nothing escapes their attention, including the temperature of the water, colors of the sea and formation of the clouds. Every detail informs their way-finding abilities and, as a result, they do not fear the massive bodies of water that surround them.

While I have not embraced the path of the way-finder with regard to my sea going fears, I have often wondered if the dreams were urging me to become learned about the harsh realities of my new life, so I could eventually navigate every part of it without fear. By some miracle, I managed to do this by willingly immersing myself, rather than avoiding, the oceanic aftermath of suicide.

It began with putting my toes in the water of conversation with my children, and finding a level of comfort that progressed into letting myself eventually sink below the surface, and into the murky depths to learn what I could about everything that had transpired.

Treating it in this way, with curiosity and reverence, rather than fear and judgment, I have been able to explore the myriad of events, learn many painful lessons and reach a deep understanding that continues to distill into the fragments of wisdom that carry me forward. I am an itinerant observer in search of signs to guide me toward healing.

I live in a constant state of awe at the possibilities I see before me.

There is no doubt that my husband’s suicide brought about the dramatic and devastating end to many things. All of our losses can be seen as endings, but had I remained focused on the ending, I would have missed what loss can also bring to our doorstep: a new beginning.

So perhaps it is here that my story really begins, as a way-finder intent on unraveling the aftermath of loss, standing as a beacon on the shore to light a way for the invisible population of people left behind.”

Sending love and light your way.